My family loves pork chops; especially the boneless center cut kind. For us, they truly are the “other white meat”. I like them because they’re also a healthier cut of pork than some of the others, though if cooked too long they can become a bit dry.

Since we don’t eat a lot of beef or seafood, most of our main meals consist of chicken, turkey or pork so I’m always looking for new recipe ideas.

I recently noticed that Applebee’s had a new item on their menu, but haven’t had a chance to try it myself. It was a pork chop with chutney, but when I looked at how they described it online, I knew I’d be able to replicate something like it without even tasting it.

Technically, this isn’t a copycat recipe; however this recipe for Cajun Pork Chops with Honey, Apple & Raisin Chutney may just be one of my new favorite dinner recipes!

First, for those of you unfamiliar with what a chutney is, it is a spicy condiment that originated in India that is made with either fruits or vegetables that have been combined with vinegar, spices, and sugar.

For this recipe I chose to use sweet Honeycrisp apples, honey , cider vinegar and raisins, but first I coated the boneless pork chops with cajun seasoning.

Since I generally don’t use a lot of spicy seasonings, I used McCormick’s already combined cajun seasoning; however you can make your own by following this recipe.

How do you make Cajun Pork Chops?

To make this recipe, first coat the pork chops with the cajun seasoning; then add them to a large stainless steel frying pan that has been heated with some oil. Do not use a nonstick pan as you will be putting the entire pan in the oven.

Brown the pork chops 3-5 minutes per side until they form a nice brown crust; then place them in a preheated 425°F oven until they are cooked through to your liking (minimum 145°F).

I prefer ours more on the medium well side so mine were in the oven for about 7 minutes. I depends on the thickness of the pork chop you are using. Remove the pan from the oven with a pot holder or dish towel and place on top of the stove, keeping the handle covered.

We don’t want a repeat of what I did a couple of months ago by grabbing the hot handle causing 2nd degree burns on the palm of my hand!

While the pork is cooking, combine diced apples, honey, vinegar and raisins in a small saucepan. Cook over medium-low heat for approximately 10 minutes until the apples and raisins start to soften.

Place the chutney on top of each pork chop and serve. The combination of spicy from the cajun seasoning and the sweet and sour taste of the chutney was truly a terrific combination.

Trust me. I don’t like spicy foods and the chutney really toned down the heat.  These Cajun Pork Chops with Honey, Apple & Raisin Chutney is ready in under 30 minutes; which makes it a perfect meal to add to your weeknight dinner rotation. ~Enjoy!

Get my weekly newsletter and receive a FREE eBook!

For the Cajun Pork Chops

For the Honey, Apple & Raisin Chutney

For the Cajun Pork Chops

For the Honey, Apple & Raisin Chutney

Visit the recipe index to search for more recipes by category.

Connect with me on Social Media

Not sure what to make for dinner? The ingredients for a quick and easy family-friendly home cooked meal are right in front of you. Join me as experiment with new recipes sourced by local, fresh ingredients. Enjoy!

Stay up to date

Sign up today and receive a FREE copy of our Top 5 Apple Recipes eBook!

We are a participant in the Amazon Services LLC Associates Program, an affiliate advertising program designed to provide a means for us to earn fees by linking to Amazon.com and affiliated sites.

Thank you for your support! 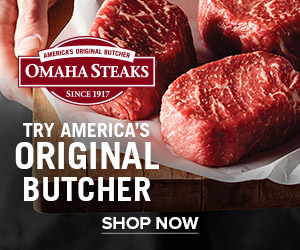 Get the latest recipes & a FREE eBook!